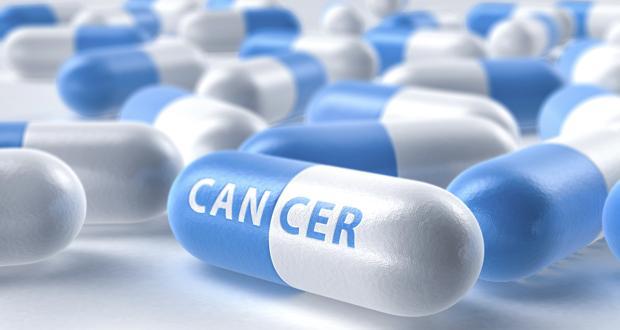 The major differences between the traditional treatment means of cancer, namely chemotherapy and radiation and what are now termed as ‘revolutionary’ immune-based therapies are as follows. The so called chemo drugs are largely nonspecific in that they are equally toxic to cancer and normal cells. Thus, in spite of their proven efficacy in controlling a variety of cancers, their serious side-effect profile typically means a poor quality of life for the patient.

The recent immune-based cancer therapeutics on the other hand, are or intended-to-be highly specific for a given tumour type in a given patient. Some have worked wonders in a limited number of patients with cancers like melanoma, renal and bladder tumours, certain lung cancers, by essentially providing durable cures with tolerable side effects.

While most chemo agents are small molecules synthetized via organic chemistry reactions, the currently available immune therapeutics are typically large proteins manufactured via fermentation processes using recombinant DNA technology. However, the crux of the issue with both these therapies remains the same. Just like there has been no ‘magic bullet’, a drug that will selectively destroy only cancer cells, our highly evolved immune system and therapies based thereof, are not smart enough to differentiate between ‘self’ and ‘cancer’ signals. Therefore, the future of cancer treatment may eventually transition from ‘one pill for all’ to ‘an individualized treatment’ based on each patient’s cancer.

In contrast to chemotherapy that targets cancer cells, immunotherapy uses components of the patient’s own immune system to attack malignancies. In general, our body’s immune defence mechanisms have evolved to protect us against ‘foreign’ substances. The recognition by the immune system of ‘foreign’ versus ‘self’ is due to differences in proteins expressed by external insults, like viruses or bacteria, compared to the host. The proteins expressed by cancer cells are often not different enough to be recognized by host immune system as foreign. Therefore, transformed cells harbouring mutations are able to evade our body’s natural defence system, namely the T (mature in thymus) and B (mature in bone marrow) lymphocyte cells. Cancer immunotherapy attempts to address this limitation by activating the immune system in one of several ways, for example:

a) Monoclonal antibodies or mAb: The best examples are mAbs directed against antigens termed as immune checkpoints, CTLA4 and PD-1. These two target proteins under physiological conditions help in keeping the immune system ‘under check’ so that the T cells don’t attack normal cells in the body. The therapeutic mAbs turn them off. The activated T cells can thus attack tumours. Examples of checkpoint inhibitors are Pembrolizumab (Keytruda®), and Nivolumab (Opdivo®) which target PD-1; Ipilimumab (Yervoy®) that targets CTLA-4, and the earliest approved Retuximab (Rituxan®) that targets CD20.

b) CAR-T cell: Chimeric antigen receptor (CAR) T-cell therapy involves a specific genetic alteration introduced on a patient’s T cells in the laboratory such that the modified cells can now attach to tumour antigens expressed in that patient. The genetically engineered cells are infused back into the patient so they can recognize and destroy the cancer. This therapy is currently available only as part of clinical trials in hard-to-treat blood cancers such as leukemias and lymphomas.

c) Cancer vaccines: Cancer vaccines form an active area of research, but only one has been approved so far by US FDA. Sipuleucel-T (Provenge®) is used to treat anti-hormone refractory advanced prostate cancer. The vaccine is prepared by differentiating a patient’s blood cells ‘ex vivo’ to ‘dendritic cells’ and further exposing the cells to a prostate specific phosphatase to mount an immune response to prostate cancer. These ‘primed’ cells are injected back to the patient in a specific regimen. Other research efforts in cancer vaccines include identification and use of DNA, RNA, or peptide ‘neo-epitopes’ expressed on cancer cells as a result of multiple random mutations. The first step is identification of neo-epitopes from genomic sequencing of an individual patient’s tumour biopsy. The sequence is used to create a tailored vaccine that is specific only to cancer cells of that patient expressing the neoepitopes.

Other types of immune therapy, such as cytokines like interleukin-2 (IL-2) or interferon-alpha (IFN-a), and mAbs directed against tumour antigens, such as HER2-directed Trastuzumab, VEGF-targeted Bevacizumab, and EGFR-binding Cetuximab are relatively older and not reviewed here. On-going research in I/O encompasses many areas such as modified mAbs including conjugated and bi-specific antibodies, newer checkpoint inhibitors, combination trials using multiple I/O agents, understanding the tumour or patient factors that make them respond to I/O, safety aspects, etc.

The side-effect profile of I/O therapy is distinct from traditional cytotoxic chemotherapy. Whereas chemotherapy affects normal cells of the body, causing devastating depletion of rapidly dividing cells of the bone marrow, gastrointestinal epithelium, or hair follicles, the targeted nature of I/O makes many of the side effects tolerable. However, there also have been reports of serious adverse events with I/O therapy, including serious cardiac or skin reactions, ‘cytokine storm’ with some biologic agents, and even fatalities with CAR-T cell therapy. Since I/O therapy is so new, it will be a while before its long term side-effects become obvious.

Unlike chemotherapy, I/O agents can be most effective when individualized to each patient. Thus, it becomes important to know prospectively which patient and what tumour types are likely to benefit from immune stimulation mechanisms. Predictive biomarkers, are, therefore, considered to be of immense help and an active area of research in order to stratify patients responsive to I/O therapies such as a checkpoint inhibitor. While chemotherapy is widely accessible with years of clinical experience behind it and still forms the mainstay, the promising clinical results with I/O therapy create options for cancers that are unresponsive to standard of care.