A portion of the footover bridge outside Mumbai’s Chhatrapati Shivaji Maharaj Terminus (CSMT) station collapse today evening around 7:35 pm. It is a pedestrian bridge which is used by people each day 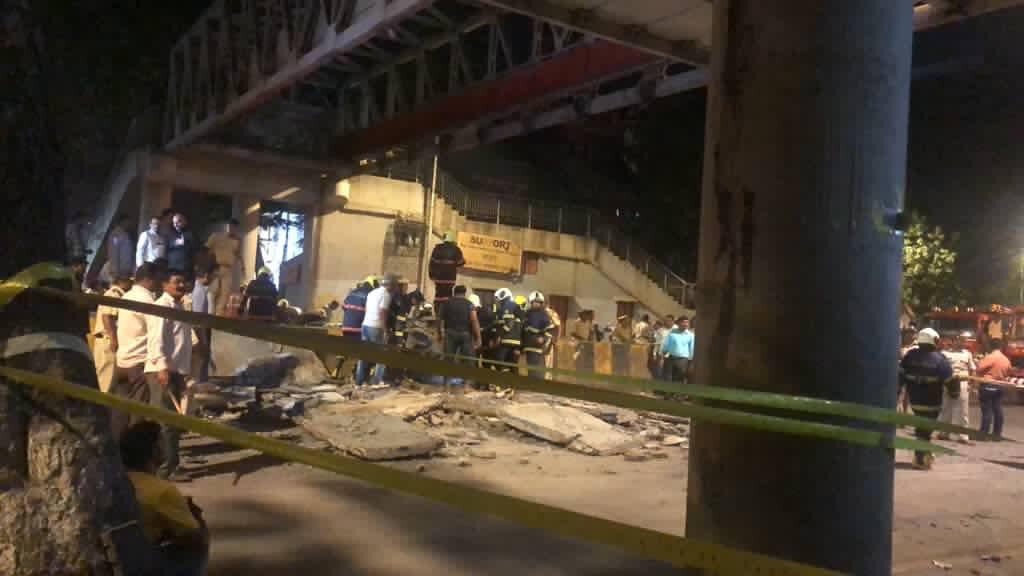 It is a bridge which connects CST station with Times Of India building road. It is called as Kasab bridge as Ajmal Kasab, who was awarded death sentence Mumbai terror case had crossed over the bridge from CST station. The bridge is always flooded as a large number is railway passengers use this bridge daily to commute.

Six people have been injured and have been rushed to St George Hospital which is located nearby. While 22 injured persons have been brought into GT Hospital.

Railway Minister @PiyushGoyal expresses his sincere condolences to the family of the victims in Mumbai Bridge Collapse. Railway doctors and personnel are cooperating with BMC in relief and rescue operations.

While speaking to My Medical Mantra, Dr Madhukar Gaikwad, Medical Superintendent of St George hospital, said, “Twenty people who have been injured in this incident have been brought to the hospital. I am going to tend to them right now. And two person have been brought dead.” Pained to hear about the FOB incident near TOI building in Mumbai.
Spoke to BMC Commissioner and @MumbaiPolice officials and instructed to ensure speedy relief efforts in coordination with @RailMinIndia officials.